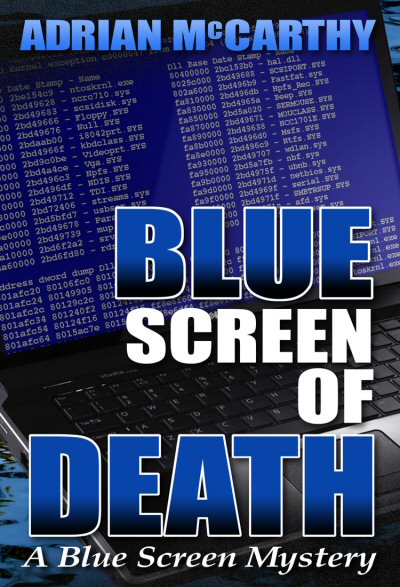 Now available for Kindle, Nook, and other e-readers:
Blue Screen of Death.

Veronica Avalon has a knack for finding and fixing problems in computer programs. Silicon Valley engineers like her call it debugging. It turns out debugging is a lot like solving a crime.

Veronica's personal hero Peter is found electrocuted in his bathtub. His parents believe it was a freak accident. The police call it suicide. Only tech-savvy Veronica recognizes the clue that points to murder.

Uncertain if she can trust her friends, her boss, or even Peter's parents, Veronica tries to single-handedly unmask the killer. Her talent for debugging software translates well into investigation, but the only way to draw the murderer out may be to complete Peter's enigmatic project.

If she succeeds, her discovery could bring down the Internet.

If she fails, she could be the killer's next victim.